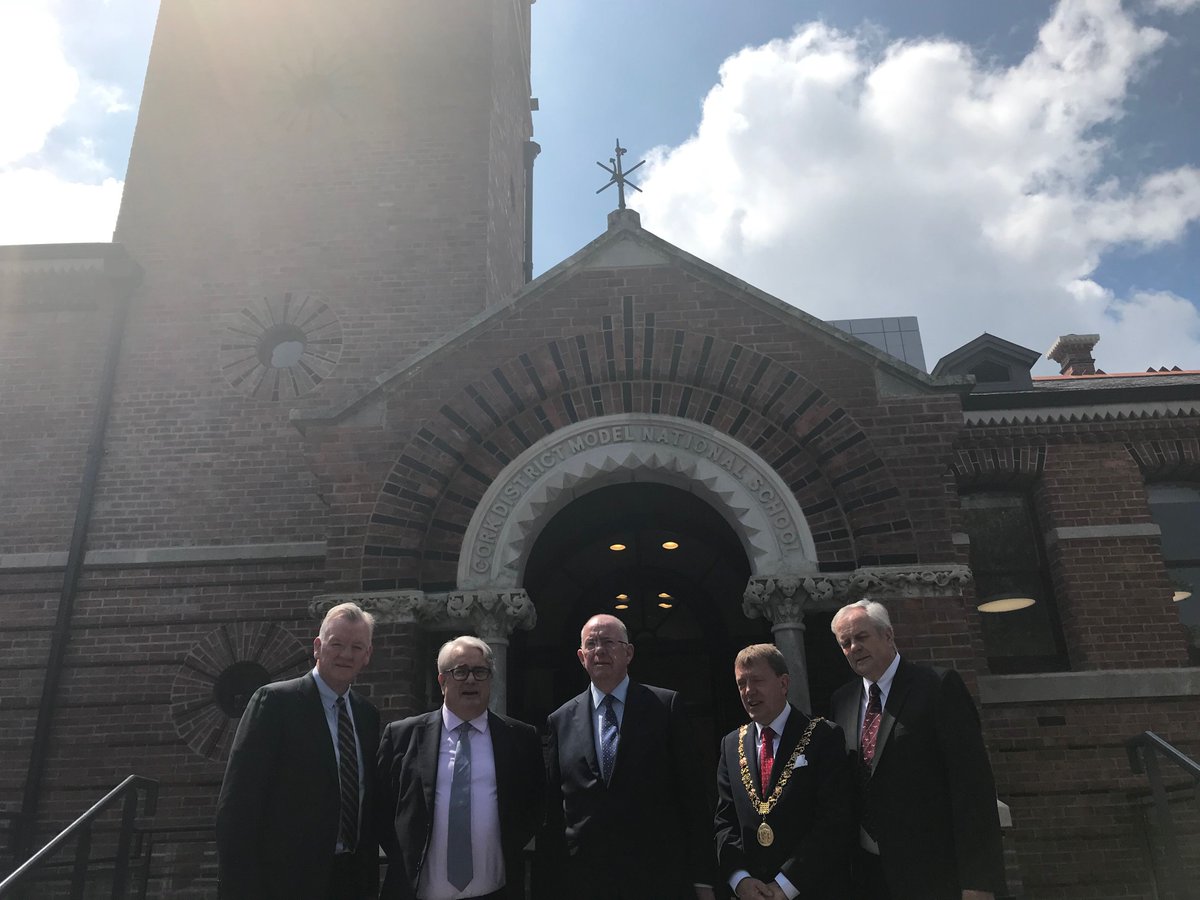 The newly refurbished and extended courthouse on Anglesea Street in Cork sits on the site of the Old Model Primary School, open from 1865-1990 and first transformed into a courthouse in 1995.

Speaking at the opening, Mr Flanagan said: “Courthouses serve us all. They may not be places the average person visits unless they need or have to, but they represent so much.

“In any community, they are the physical manifestation of the rule of law, reminding us that we live in a full and free democracy with independent administration of justice at the very heart of it.”

The minister said the new courthouse “integrates the old and the new, respecting our built heritage exemplified in the Model School and contrasting this with a modern building sculpted from Irish limestone to provide a modern courthouse for Cork City”.

The High Court sits in Cork for up to 16 weeks per year dealing with both personal injury cases and non-jury matters. The Central Criminal Court also sits in Cork, including this June and July.

The new courthouse has six courtrooms (two non-jury and four jury) as well as secure circulation areas for judges, jurors and those in custody.

Mr Flanagan said the new courthouse “will meet the needs of Cork and the surrounding area for many decades to come”.

The next and last project in the current Courts Public Private Partnership (PPP) Bundle investment programme is the substantial refurbishment and extension of Mullingar Courthouse, due to be delivered in the coming week and opened later this year.