The UCD Sutherland School of Law has hosted a law alumni reception to launch The Law School of University College Dublin, a new book by Professor W. N. Osborough.

Mr Justice Hardiman was later presented with his original student card in a frame after finishing his speech. 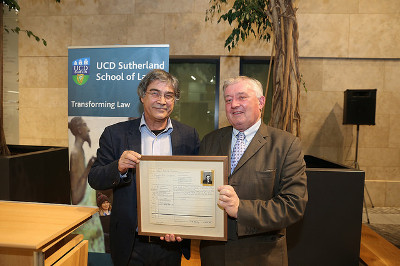 The event was attended by many of the School’s alumni, who had the opportunity to catch up with fellow classmates as well as the School’s academic staff.