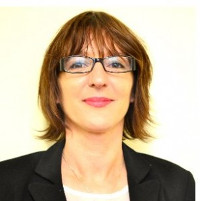 A group safeguarding migrants’ rights has asked whether parts of the McMahon Report into the direct provision system have been enacted while saying others were “slower and more piecemeal than we would like”.

Nasc was involved in producing the McMahon report as part of the Working Group on the Protection Process and Direct Provision.

It made 173 recommendations, which the Government has followed up with three progress reports.

In a working paper on the progress of McMahon’s implementation, Nasc said there had been some progress, namely improvements in living conditions and governmental efforts to adhere to a Supreme Court judgment on asylum seekers’ access to the labour market.

But it also said: “In general, we found it difficult to verify the implementation of recommendations which had been listed as implemented in the Government’s three progress reports.

“In addition, there were many recommendations listed as ‘implemented’ in the progress reports, which we had evidence to suggest were only ‘in progress’ or ‘partially implemented’. There were also several recommendations listed as ‘in progress’ or ‘implemented’ where we had evidence to suggest they were in fact ‘not being progressed’. In some of these cases, the relevant Department’s own evidence in the progress reports contradicted the status listed.”

Only 20 recommendations could be verified as implemented, while 34 were unverifiable implemented. A further 24 were partially implemented; 44 were in progress and 40 had seen no action.

Nasc CEO Fiona Finn (pictured) said: “We were very surprised when the Government announced it’s 98 per cent figure — we were seeing something very different on the ground in our work with people in the protection process and in the direct provision system.”