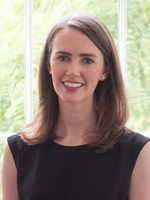 A three-year project backed by the Adoption Rights Alliance, Justice for Magdalenes Research and global law firm Hogan Lovells has published its final report on forced adoptions and related historical abuses in Ireland.

The Clann Project’s 154-page report, Ireland’s Unmarried Mothers and their Children: Gathering the Data, makes eight high-level recommendations to the commission of investigation into mother and baby homes.

Prominent human rights barrister Dr Maeve O’Rourke, co-director of the Clann Project, said it is “time for the State to do what is right and tell the truth”.

The report draws on 77 witness statements to conclude that historical abuses are being perpetuated by continue denial of access to personal files and the lack of an independent repository where all privately and publicly held records are deposited and made available.

Unlike the UK, Germany and Spain, adopted people in Ireland have no statutory right to their birth certificates or their adoption or early life files. There is no independent system to ensure that survivors of related institutional and historical abuses are provided with their records.

The project is also critical of the commission of investigation model, which involves no public hearings and no public archive.

The Clann Project’s report recommends that:

The Clann Project is also calling for the contents of the McAleese archive to be made public.

Hogan Lovells consultant Rod Baker said: “There is a surprising reticence by authorities to allow individuals access to basic information about themselves, preferring to preserve the confidentiality of the institutions and their members whose actions caused those individuals great suffering.

“Even the Commission set up to investigate those institutions is operating in great secrecy and has refused, without giving any justification for the refusal, to allow public hearings when requested by witnesses in accordance with the Commissions of Investigation Act 2004. In this modern age, it is imperative that this pervasive insistence on secrecy is abandoned and those who have suffered most get the information they need.”

Dr O’Rourke added: “The insistence on secrecy is causing ongoing human rights violations. There is a ‘right to truth’ under European and international law for victims and survivors, and for the general public, where gross human rights violations have occurred in a country. It is time for the State to do what is right and tell the truth. It is the first step in restoring dignity to people who have suffered, and in ensuring that these abuses never happen again.