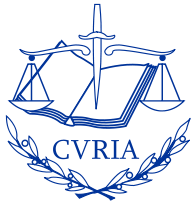 The European Court of Justice (ECJ) has ruled the Scottish Government’s minimum unit alcohol pricing plans are contrary to EU law as other tax options exist.

Instead, the ECJ has recommended the introduction of alternative tax measures to achieve the same effect.

The ruling has implications for the Government of Ireland after ministers proposed implementing minimum alcohol pricing in Ireland through the Public Health (Alcohol) Bill.

The Scottish Parliament passed legislation for a minimum price of 50p per unit in May 2012 but the move was immediately challenged by the Scotch Whisky Association (SWA).

The European court ruling said: “The Court of Justice considers that the effect of the Scottish legislation is significantly to restrict the market, and this might be avoided by the introduction of a tax measure designed to increase the price of alcohol instead of a measure imposing a minimum price per unit of alcohol.”

It added: “The Court states that it is ultimately for the national court to determine whether measures other than that provided for by the Scottish legislation, such as increased taxation on alcoholic drinks, are capable of protecting human life and health as effectively as the current legislation, while being less restrictive of trade in those products within the EU.”

The case will now be referred back to Scotland’s Court of Session.

Lord Doherty in the Court of Session rejected the SWA’s initial legal bid in 2013.

Speaking to our sister publication Scottish Legal News, Stephen McGowan, partner and head of Licensing in Scotland for TLT LLP, said: “Commenting on the press release alone, it seems to me that the debate is not over by a long shot.

“The ECJ has, it appears, said that it is a matter for the national court to determine whether, given MUP is a restriction on trade, there are less restrictive alternatives available, based on evidence which includes evidence after the date the act was passed.

“In this case, it is rather more complicated because the legislative competence of Holyrood does not include alcohol taxation. It will be interesting to see what the Court of Session make of all this, but their judgement can of course be appealed to the Supreme Court.

“The legal argument over minimum unit pricing is therefore not simply a ‎licensing law cypher, but a far grander constitutional debate and which is set to run for some time.”