Memo advises against taking Egypt to ICJ over Halawa case 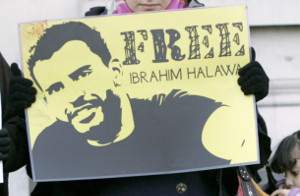 Legal action against Egypt by the Government over the treatment of Ibrahim Halawa, 21, would see Cairo withdraw from a commitment to release the Irish man, according to senior officials at the Department for Foreign Affairs.

The Irish Times reports that in a briefing paper drafted last month for incoming Foreign Affairs Minister Simon Coveney, officials cited the Halawa case as one of three “immediate and high priority issues” Mr Coveney would face, in addition to restoring the Northern Ireland Executive and Brexit.

In response to suggestions that the Government take Egypt to the International Court of Justice, officials said any such move would be “complex and protracted” and without guarantee of success.

“Our assessment is that any such action would be viewed as hostile by Cairo and would result in the existing commitment to release Mr Halawa once the trial ends being taken off the table,” the paper states.

Instead, the department suggests that “the early release of Mr Halawa is more likely to be achieved through a continuation of the current determined and firm political/ diplomatic approach.”

Egyptian president Abdul Fattah al-Sisi promised in November 2015 that Egypt would return Mr Halawa and repeated the commitment to a delegation of TDs earlier this year.

Mr Halawa has been in prison for three-and-a-half years. He was arrested with hundreds of others in August 2013 after protesting against the removal of then president Mohamed Morsi of the Muslim Brotherhood.

The memo states that it “remains a possibility” the young man will be acquitted but adds that “If he is found guilty and sentenced to a prison term, we will immediately press forward through diplomatic channels to ‘call in’ the commitment given by the Egyptian president to use his discretionary powers.”