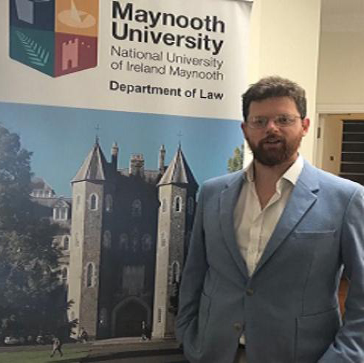 Maynooth University Department of Law has announced the appointment of Dr Oisin Suttle as assistant professor of law.

He previously taught at Queen’s University Belfast, the University of Sheffield and University College Law, and has practised commercial law with a leading Dublin law firm.

Dr Suttle’s research interests are primarily in international law, including in particular international trade law, and legal and political theory.

His 2017 book, Distributive Justice and World Trade Law: A Political Theory of International Economic Law (2018, Cambridge), was recently shortlisted by the Society of Legal Scholars for its prestigious Peter Birks Prize.