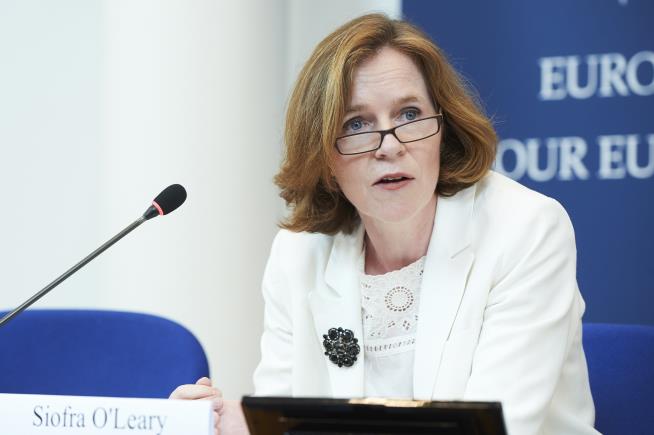 Judge Síofra O’Leary, the Irish judge on the European Court of Human Rights (ECtHR), has been tipped as the frontrunner in the election for the court’s presidency.

Human rights campaigners and legal experts speaking to Irish Legal News have warmly welcomed the Dublin-born judge’s potential appointment to the prominent role as a boost to the court as well as to Ireland’s international reputation.

Judge O’Leary’s appointment would be “without doubt the highest achievement of any Irish judge on a European-level court”, Bill Shipsey, a retired barrister and former chair of Amnesty International Ireland, said.

Mr Shipsey added: “It reflects the deserved high regard in which Judge O’Leary is held. Not only would she be the first Irish president of the court in the 63 years since the court was established in 1959, but also its first woman president.

“This would be a monumental and substantial boost for Ireland’s international legal and judicial reputation.”

Michael O’Boyle, a barrister and deputy registrar of the ECtHR from 2006 to 2015, described Judge O’Leary as “very much a lawyer’s judge” who is well liked and would make “an excellent president”.

If successful in the election this autumn — and he believes that is “a fairly safe bet” — then her appointment will “provide a great headline” for an Irish government eager to promote Ireland internationally as a leading legal player, he said.

He pointed out that the role would see Judge O’Leary receiving international guests including heads of state, ministers of justice and chief justices, as well as travelling across the continent. “She would become a high-profile legal figure in the European constellation and a very important figure,” he added.

The next president of the court will take the reins at a time when the court, freshly emerging from the pandemic, is dealing with the fallout of the Russian invasion of Ukraine, which has led to Russia’s departure from the Council of Europe and the European Convention on Human Rights, as well as the UK’s potential withdrawal.

It is also dealing with a significant backlog, having over 70,000 pending cases, and there continue to be disagreements over how outstanding complaints against Russia should be dealt with following its international isolation.

“That will be a huge issue to be faced with,” Mr O’Boyle said. “This is a court that has its back against the wall on a constant basis.”

A graduate of University College Dublin with a PhD from the European University Institute in Florence, Judge O’Leary spent years lecturing on EU law at a number of universities prior to her appointment as an ECtHR judge in 2015.

She was appointed as vice-president of the court in January 2022.

ECtHR: Claim of applicants who complained about arrest on day of Royal Wedding ‘manifestly ill-founded’