Joe Beashel: Stablecoins — what are they and what is the law in Ireland? 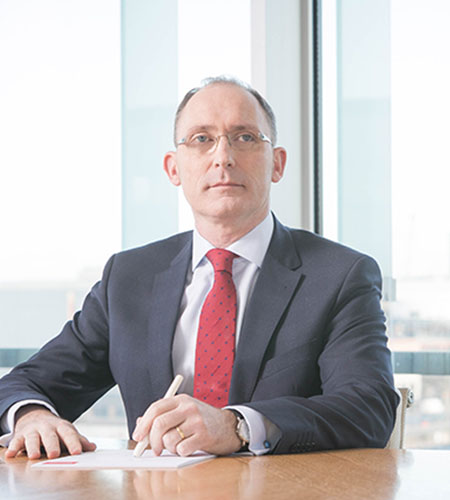 Matheson partner Joe Beashel explains the role of “stablecoins” in the world of cryptocurrency and how they are treated in Irish law.

Some of the more well know stablecoins include “USD Tether” and “USD Coin”, both of which, as their names suggest, have their value pegged to the US dollar. Other non-fiat stablecoins such as “Tether Gold” are pegged to the value of gold.

How is the stablecoin’s value ‘pegged’?

The way in which the value of stablecoins are pegged is achieved in a number of distinct ways.

d) Non-collateralised (algorithmic) stablecoins: These stablecoins represent some of the most complex stablecoins and do not rely on a reserve asset or pool of assets as collateral. Instead, they rely on centrally developed algorithms to retain their peg to the corresponding fiat currency, cryptocurrency, commodity or asset. While these kind of stablecoins dispense with the need for considerable underlying capital, they rely heavily on consumer confidence and are at an increased risk of sudden devaluation and even collapse when compared to other forms of stablecoins.

What are stablecoins used for?

The most prominent use case for stablecoins is as a perceived safe haven cryptocurrency for investors. In recent times, stablecoins have been seen as providing investors with an alternative to more traditional crypto holdings such as Bitcoin or Etherium, which are associated with typically higher volatility rates. Currently, stablecoins are traded across a variety of crypto exchanges and provide investors with a quick and easy way to invest on platforms and exchanges without having to convert their holdings from traditional cryptocurrencies back into fiat currency.

It must be noted that many regulators remain sceptical of stablecoins. For instance, the drafting of the forthcoming EU Markets in Crypto Assets Regulation repeatedly refers to them as “so-called stablecoins”, suggesting that not all regulators are convinced by their claims of being stable. Many regulators also are fearful that a very successful stablecoin could also end up replacing fiat currencies as a means of payment and/or threaten their role in terms of ensuring financial stability and regulating the money supply in the real economy.

Stablecoins have arisen as quite the newsworthy topic in recent months with the high-profile collapse of Terra USD, which before its recent troubles stood as one of the most prominent flagship algorithmic stablecoins. Thousands lost virtually their entire investment over the following weeks and in its wake, USD Tether momentarily broke its peg to the US Dollar in what appeared to be a systemically driven blow to the stablecoin and wider cryptocurrency markets. Not for the first time, a cryptocurrency market shift shone a light on the ever-present prudential and consumer protection risks associated with stablecoins more generally.

Categorisation of fiat stablecoins in Ireland

Given the recent surge in popularity of stablecoins and their ability to operate similar to fiat currency albeit in a digital sense, categorising stablecoins and particularly fiat collateralised stablecoins has proven to be a challenge.

Depending on the distinct features of any one specific stablecoin, it is possible for such a stablecoin to fall within one or more regulatory categorisations in Ireland including:

(a) Stablecoins as virtual assets: Given the distinctly broad definition of a virtual asset under the CJA 2010, it is very likely that any stablecoin, regardless of collateralisation method, would constitute a virtual asset. As such, any person or entity located in Ireland that undertakes to issue, trade in or otherwise provide services in respect of stablecoins may be required to register with the Central Bank as a virtual asset service provider (VASP). It is expected that the issuance of a stablecoin will face more regulatory scrutiny than more straightforward trading or re-selling activity. The Central Bank has not yet communicated its views on Irish VASPs issuing their own stablecoins and as such, the subsequent treatment by the regulator remains to be seen.

Further details on this registration process can be found on the Central Bank’s page relating to the registering as a VASP in Ireland.

(b) Stablecoins as e-money: It is possible that a fiat-collateralised stablecoin may satisfy each of the constituent elements of electronic money as outlined in the definition of e-money under the European Communities (Electronic Money) Regulations 2011 and so an issuer of such a stablecoin may require an e-money institution authorisation. This position aligns with the European Banking Authority’s opinion as set out in their 2019 Report on Crypto Assets.

For further details on this process please see our publication on acquiring authorisation as an e-money institution.

(c) Stablecoins as financial instruments: While stablecoins do not immediately fall within any one particular category of ‘financial instrument’ under the European Union (Markets in Financial Instruments) Regulation 2017, each stablecoin may have its own novel features and would need to be assessed to determine if it such falls within the scope of the MiFID Regulations, and so require an investment firm authorisation.

(d) Asset-collateralised stablecoins under MICA: Under the current draft of the forthcoming Markets in Crypto-Assets Regulation, asset-collateralised stablecoins will be considered a type of crypto-asset that purports to maintain a stable value by referring to the value of (i) several fiat currencies, (ii) one or several commodities, (iii) one or several crypto-assets or (iv) a combination of such assets. Under the current draft, asset-collateralised stablecoin issuers will be regulated in a similar manner to other regulated firms and will be required to act honestly, fairly and in the best interests of the stablecoin’s holders, seek regulatory authorisation and implement strong governance, oversight and capital maintenance facilities. Such issuers will also be required to publish a white paper and prudently manage the reserve asset pool. Additionally, issuers will be required to ensure adequate creation and destruction of the stablecoin in order to ensure stability and avoid adverse impact on the market of the underlying asset, highlighting the EU Commission’s concern of not only consumer protection but the overall market and sectoral stability.

The growing adoption and ongoing innovation in respect of cryptocurrency and blockchain technology continues to give rise to distinct legal and regulatory uncertainty.

Companies dealing in stablecoins should make themselves aware of the regulatory requirements in Ireland and should ensure that all consideration is given to the need for regulatory authorisation and oversight.

Furthermore, where a person/entity is dealing in or issuing a stablecoin, any such stablecoin would need to be assessed against each of the regulatory frameworks discussed above in order to determine any and all implications from a legal and regulatory perspective.