Independence of CJEU comes into question 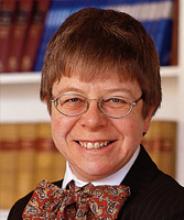 Former advocate general at the Court of Justice of the European Union (CJEU), Eleanor Sharpston QC, has given an account of her dismissal and her unsuccessful legal action challenging it.

In a statement, she expressed sadness that the court had “failed to grasp the opportunity offered to it by the two appeals to confirm its own independence and uphold the rule of law within the European Union”.

She writes: “‘L’affaire Sharpston’ – as it has become known – raised three interrelated issues. First, can the Member States decide that, as a matter of law, the mandate of a serving Member of the Court has come to an end before its due date? Or is the power to take such a decision reserved to the Court itself, as Article 6 of the Statute of the Court (EU primary law) would suggest?

“Second, where the Member States patently have taken such a decision, is that decision reviewable by the Court? Or does it lie outwith the Court’s jurisdiction and thus escape any judicial scrutiny?

“Third, given the (differing) provisions governing judges and advocates-general laid down by the TEU and TFEU, did Article 50(3) TEU automatically bring to an end, at the moment of Brexit, the mandate of the advocate-general nominated to a vacant post by the UK in 2015 (in accordance with Declaration No 38 to the Lisbon Treaty) and then appointed to that post by common accord of all the Member States?”