The High Court has allowed the appeal of Robert Cunningham, a prison officer employed by the Irish Prison Service (IPS).

In the course of his duties he suffered two assaults by prisoners, which resulted in him suffering a serious back injury, which has required three operations.

It was common case that his performance as a prison officer was exemplary. He took an action pursuant to the Employment Equality Act 1998 when the IPS would not facilitate his request to take up a non-contact duty.

In December 2007, Mr Cunningham was injured by a violent prisoner at Cloverhill Prison. He had a damaged lumbar disc, which required surgery. Following surgery, he was put on non-contact duties for several months at Cloverhill Prison, working in the control room, manning the gate, working in the waiting room and in the censor’s office. He was transferred to the Midlands Prison in 2011, where he was assigned to general duties. He sustained further injury from a violent prisoner who was required to be restrained using control and restraint (C&R) techniques. Mr Cunningham was out of work for a period of five months until May 2012 as a result of this injury.

In April 2012, John Malone, governor of the Midlands Prison, emailed the Human Resource Directorate of the IPS stating “we are not in a position to accommodate Officer Cunningham with the restricted duties as requested by the CMO”.

The Chief Medical Officer for the Civil Service (CMO) certified that Mr Cunningham was medically fit for work, but that he would not be fit to carry out C&R. It was recommended that he be excluded from night shift duties, as he was rostered for night shifts but would swap out of them with his colleagues and had not worked nights since 2011.

Mr Cunningham did not want to resign as a prison officer and apply for a job as a Prison Administration Staff Officer (PASO), as he was invited to do so, as that entailed a drop in income. His retirement benefits would have been seriously affected, as he would have to work an extra 10 years in order to obtain same and his pension and lump sum gratuity would have been reduced.

He brought proceedings under the Employment Equality Act 1998, claiming that he had been discriminated against on grounds of disability. He said there was established practice within the IPS whereby officers who were injured or otherwise disabled had been accommodated in the past by being assigned to long-term posts which involved restricted duties. He submitted that he was entitled to be given a similar accommodation by his employer.

The IPS said it was not obliged to make reasonable accommodation for him because he was not capable of performing prison officer duties due to his inability to perform C&R. It said C&R was fundamental to the role of a prison officer. It submitted that its 2015 Accommodations Policy allowed for phased return to work for prison officers returning from illness or injury in the form of up to three months restricted duties, but that this was open only to those who were thereafter fit for full duties and this could not apply as the CMO had certified that Mr Cunningham was permanently unfit to perform C&R duties.

It was submitted that the IPS had made reasonable accommodation in the option of resigning and applying for a PASO position, or the option of seeking early retirement on ill-health grounds.

Mr Cunningham succeeded at first instance before the Adjudication Officer. The IPS appealed to the Labour Court. It dealt with the matter by way of preliminary issue without hearing any evidence. It held that s.37(3) of the 1998 Act provided a complete exemption to the IPS due to the fact that Mr Cunningham was not capable of performing C&R duties. It provides that full physical capacity to undertake all of the functions which an employee may be called upon to perform is a genuine and determining occupational requirement for employment.

The Labour Court overturned the Adjudication Officer, and Mr Cunningham appealed to the High Court.

Clíona Kimber SC, for Mr Cunningham, submitted that the court must have regard to the fact that the Employment Equality Act 1998 was enacted to implement Council Directive 2000/78/EC of 27 November establishing a general framework for equal treatment in employment and occupation. She said that the court also had to have regard to the fact that both the EU and Ireland have become signatories to the UN Convention on the Rights of Persons with Disabilities (CRPD). She relied on the majority judgment delivered by Mr Justice John MacMenamin in the Supreme Court in Nano Nagle School v Marie Daly [2019] IESC 63. The court considered the interaction between the 1998 Act, the Directive and the CRPD and held, following HK Danmark, acting on behalf of Jette Ring (applicant) v Dansk Almennyttigt Boligselskab (respondent) (case C-335/11 and case C-337/11 2013 IRLR 571), that the Directive, insofar as it related to disability, had to be interpreted in harmony with the CRPD. She submitted that the Labour Court was wrong to deal with the matter by way of preliminary issue without hearing any evidence, thereby preventing Mr Cunningham from calling witnesses to establish that there were indeed long-term posts available which did not include C&R duties.

Peter Ward SC, for the IPS, said that that the case involved a case of statutory interpretation of Irish law, namely the interpretation of s.37(3) of the 1998 Act. He said that if the words of the section were clear and unambiguous, the court was obliged to give effect to them.

Mr Justice Anthony Barr noted that if possible, a court must also the act in a manner that is consistent with both the wording and objectives sought to be achieved by the Directive. He said that there may not be a single essential characteristic function for all employees to perform in larger organisations. He noted that most Gardaí are required to be able to chase and apprehend suspects, intervene in violent situations and search buildings. “A person in a wheelchair would not be able to perform these functions.” However, a Garda in the Forensic Document Section or Cyber Crime Section could be accommodated without in any way compromising the operational capacity of An Garda Síochána if they had to use a wheelchair, because their work is completely deskbound. In these circumstances, they could be accommodated in their use of the wheelchair.

Although the judge could see the “force in the argument” that C&R is an important requirement generally, he said that there may be duties which could be undertaken by Mr Cunningham within the prison officer role which would not involve C&R and which would not adversely affect the IPS’s operational capacity.

He noted that Mr Cunningham’s inability to undertake night duty posed a problem in the longer term “because if the other officer changes his mind for personal or other reasons, or simply because he gets tired of doing extra night shifts, the Governor cannot force him.”

The court said that everything will turn on the facts of a particular case “and the size and nature of the emergency service concerned. Justice requires that the person suffering from the disability be given the chance to make his/her case that they could perform the functions required of them if reasonable accommodation were made for them, which was not unduly burdensome to the employer and did not impair the operational capacity of the emergency service concerned.”

Mr Justice Barr held that Mr Cunningham was not given that opportunity because the Labour Court dealt with the matter by way of preliminary issue without hearing evidence. The Court allowed the appeal and remitted the matter to the Labour Court for a consideration of all the factual evidence. 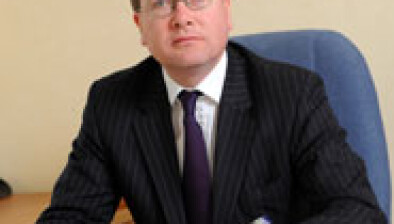