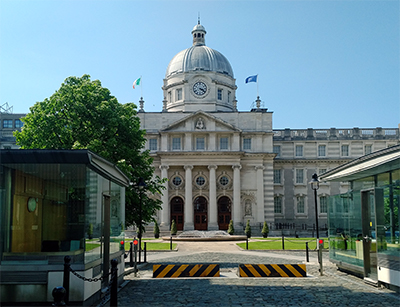 The Government has approved the appointment of retired Circuit Court Judge Barry Hickson to head up a proposed Commission of Investigation into the handling of child sexual abuse allegations.

The proposed commission will investigate the response to complaints or allegations of child sexual abuse made against Bill Kenneally.

The establishment of the commission will be subject to the approval of both Houses of the Oireachtas in the coming weeks.

Justice Minister Charlie Flanagan said: “This is an important day for the survivors of abuse committed by Bill Kenneally. I and my officials have consulted closely with the victims and their legal representatives on the draft Terms of Reference which Cabinet noted today.”

Mr Flanagan said he was “particularly conscious of the importance of ensuring the Commission does not impact upon any pending criminal prosecutions” and had consulted with the Attorney General and the DPP, who will monitor the commission proceedings.

Mr Flanagan added: “It is my intention to seek time in both Houses of the Oireachtas in the next fortnight for a debate on these issues and a vote on the necessary Motions.

“Once the approval of both Houses is received, the Government will formally set and publish the Terms of Reference and establish the Commission of Investigation. It is my intention to have the Commission established as soon as possible.”