Government shies away from crackdown on ‘loot box’ games 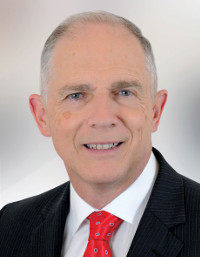 The Government has not indicated any plans to crack down on controversial “loot boxes” in video games after joining an international declaration condemning the “blurring of lines between gaming and gambling”.

David Stanton, minister of state in the Department of Justice, was speaking to the Seanad after Ireland signed a declaration from the Gaming Regulators European Forum (GREF).

He said the declaration “does not have legal effect” but reflected concern from gambling authorities about the impact of online gaming.

Loot boxes are virtual items which game players can buy or unlock using real money without knowing what other virtual items are inside.

A number of European countries have launched a crackdown on certain games with loot boxes on the basis that games which allow loot box contents to be sold for cash are effectively facilitating gambling.

However, Mr Stanton did not indicate that any immediate crackdown would take place in Ireland.

He said: “Where a game offers the possibility of placing a bet or the taking of risk for financial reward within the game, then, in my view it must be licensed as a gambling product. To offer gambling products in Ireland, a license is required under the Betting Acts 1931-2015 or the Gaming and Lotteries Act 1956. The Revenue Commissioners are the primary responsible licensing authority under both Acts, with some involvement of the Minister for Justice and Equality.

“However, it should be understood, that if a game offers in-game purchases – be they loot boxes, skins, etc. - which are promoted to gamers as increasing their chances of success, such purchases are essentially a commercial or e-commerce activity. This activity would fall within normal consumer law.”

Mr Stanton said the Department of Justice “does not have a role to regulate game developers on how their games work nor, in the offering of in-game purchases”.

The Government is currently pursuing a major overhaul of gambling law, which will include the establishment of an independent regulatory authority for the gambling industry.

An inter-departmental working group on gambling has completed a review of 2013 proposals for the Gambling Control Bill and is preparing its report for submission to Government in autumn.