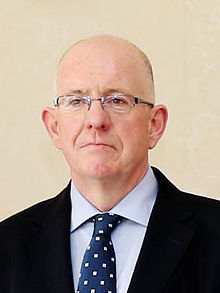 Justice Minister Charlie Flanagan has set out his opposition to independent legal representation for complainants in rape trials in an interview with the Irish Examiner.

Mr Flanagan has proposed instead that counsellors will assist complainants through the trial process.

He said that if complainants were allowed to have lawyers cross-examine accused persons, this would “fundamentally change the balance of our criminal law”.

The measures are currently under consideration by a review which Mr Flanagan set up in April, in the wake of a high-profile rape trial in Belfast.

It followed criticism over aspects of the nine-week Belfast Crown Court trial of Ireland and Ulster rugby players Paddy Jackson and Stuart Olding, who were found not guilty of raping a woman.

The minister also suggested that “pre-trial protocols, where there is assistance and expertise available to complaints, prior to and during the course of the trial”, would help support complainants.

He said: “It has been put to me that the courts are cold places for victims and complainants, for women in particular.

The review, chaired by barrister and law professor Tom O’Malley, will report back in December.