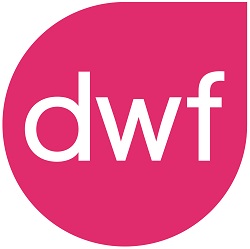 In an independent report by Experian, DWF has been ranked the second most active legal adviser in the UK and Ireland M&A market in the first quarter of the year.

DWF has been included in the London league table for the first time as a result of a growing client base in the City and continued focus on further developing a London presence.

Similar investments in Scotland, including several strategic partner appointments, have led to the firm’s increased position to third most active adviser in the region.

The results have been facilitated by a number of deals in the first quarter, including advising on the acquisition by Capita plc of the business and assets of Constructiononline; the acquisition by The Authentic Food GroupLimited of the business and assets of H.J Heinz Manufacturing Ireland Limited; and acting for RooGreen Ventures on the management buyout of Total Fitness.

The team also recently acted on the £55.2 million IPO of Redx Pharma.

The firm has made a number of high-profile partner appointments recently.Chris McLauchlan from Freshfields Bruckhaus Deringer, and Gary MacDonald from Pinsent Masons, both joined DWF’s corporate and banking team in Scotland, while a continued focus on developing a strong City presence has led to several strategic appointments in London including Richard Britain who joined from Ince & Co and Christian Francis from DLA Piper.

Alasdair Peacock, partner and national head of corporate and banking at DWF, said: “We’ve made a number of strategic investments in our corporate team recently and the positive results of that are evident in these rankings, as we continue to deliver a high volume of deals and a strong performance against a challenging market.”