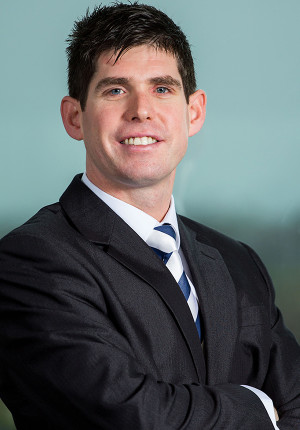 Bullying in school is a longstanding problem and whilst the traditional “face to face” bullying has garnished considerable attention over the years, cyberbullying has emerged from the embers of the explosion of technology and social media to become increasingly insidious and prevalent.

Traditional bullying is frequently defined as repeated aggressive behaviour directed against another person and is often characterised by three major criteria; intent to cause harm; repetition of the behaviour; and an imbalance of power between the victim and the bully. Cyberbullying cannot be quite as neatly encapsulated, and there is no universally accepted definition. In Ireland, it has been characterised by the Department of Education and Skills as “an extension of traditional bullying” whereby the bullying is conducted through technology and digital media. However, the effects of cyberbullying compared to traditional bullying take on a different dynamic in cyberspace. The difficulty in defining cyberbullying reflects the difficulty in combating it: while a child who is suffering face-to-face harassment at school can have a reprieve from the bullying at home, a child who is the target of cyberbullying can be reached at any time, and in any place.

The law on bullying in schools in Ireland is opaque and there is no specific law dealing with cyberbullying at school. There are provisions of domestic and European law which safeguard the right to education free from harassment. The Education Act 1998 places a duty of care on the management of schools to run them for the benefit of students and parents, but do not directly express the standard of care that a school must provide where bullying is alleged. Neither the European Convention on Human Rights nor the United Nations Convention on the Rights of the Child define the legal duties of schools in relation to any form of bullying, and in any event, they are not directly effective and thus do not have the force of law in Ireland.

Under the Irish Constitution, children have a right to receive a primary education, and broader rights to have their bodily integrity, which includes the mind and personality, protected from unlawful attack. The legislation governing education in Ireland places a duty of care for children on their educators and the boards of management of their schools, but most of the legislation predates the explosion in use of the internet and social media and is not designed to tackle the new forms of bullying that these new media made possible.

The State has a constitutional obligation to ensure that all children receive ‘a certain minimum’ standard of moral, intellectual and social education. However, a number of cases have established that the ‘minimum standard’ required for this obligation of the State’s to be met is quite low. It seems unlikely that failing to prevent cyberbullying of a child would amount to an unconstitutional failing on the State’s part, particularly given the legislative structure which does not allocate any role for the Department of Education in the resolution of bullying in schools.

While some instances of cyberbullying may fall within the scope of the criminal law of Ireland, this is a new legal development, and the offences currently on the statute book are not designed to address this issue. There has been some development in this area in recent years, particularly the introduction of the Harassment, Harmful Communications and Related Offences Act 2020, otherwise known as “Coco’s Law” but the criminal code, remains largely underdeveloped to combat cyberbullying.
In terms of assessing a school’s duty of care to their students, the Courts have historically given a wide latitude to schools in negligence cases once they have taken reasonable steps to mitigate obvious risks. That being said, the basic principles of tort and the neighbour principal first ensconced by Lord Atkins in Donoghue v. Stephenson [1932] UKHL 100 and subsequently developed by the Courts continue to apply. A school’s duty of care in terms of negligence is to take reasonable care not to injure or permit injury to be caused to a student who could foreseeably be affected by their action or inaction.

The extent of the duty of care which a school owes to a student was considered by Mr. Justice Peart in the 2004 case of Maher (A Minor) v Board of Management of Presentation Junior School [2004] IEHC 337. Mr. Justice Peart stated the duty of care that a school owes to a child in its care as that of a “prudent parent”. However, it is unclear what the ‘prudent parent’ standard means in relation to cyberbullying. In recent times, some commentators have opined that in order to discharge the standard of care of the” prudent parent”, it is incumbent upon a school to ensure that students are actively made aware of and educated in respect of the schools policies and procedures surrounding bullying and cyberbullying and that those policies and procedures are adopted and adhered to. Furthermore, it is incumbent on a school to foster a culture of reporting bullying and harassment and take necessary and prompt preventative and/or disciplinary action in circumstances where they are aware of or ought to be aware that a student is being subjected to bullying and harassment: but how far does that duty stretch?

A complication that is very relevant when discussing cyberbullying is the boundary of the duty of care: is a school responsible for their pupils only during school hours and only on the grounds of the school, or does their duty extend to resolving situations that take place largely outside of the classroom or outside of school hours? Cyberbullying can take place anywhere, at any time, and many schools have reported uncertainty about the scope of their duty, and authority, to act in situations like these.

Some guidance in this area suggests that a school’s duty of care extends to incidents that take place outside of school once those incidents begin to affect the life of a student during school hours. While this may be of some assistance in attempting to establish whether a school should intervene in bullying outside of school, it is still too general to give certainty to schools and parents.

The nature of cyberbullying, and the forums through which it takes place, further complicates this issue. Clearly, if a student is bullied using school-provided accounts, such as a school email or messaging forum, the bullying is within the authority of the school to address. What is less clear is whether the school can or should intervene if bullying is happening on a forum not provided by the school, but on which students have set up a group based on classes or extracurricular activities.

There is no clear answer as to where the cut-off line for a school lies, and in the absence of legislation or clear guidance, this will remain difficult ground for parents and schools to navigate.

Some other jurisdictions have enacted primary legislation in response to cyberbullying, and the approach taken in Northern Ireland is noteworthy. The “Addressing Bullying in Schools Act 2016” requires schools to formally record every instance of bullying, the motivation for the behaviour, the method used and the actions the school took. The Act also clearly gives schools the authority to act when cyberbullying taking place outside of school will likely affect a pupil’s performance in school. The implementation of this legislation in Northern Ireland has given some guidance to parents and teachers about the extent of the duty of care in cyberbullying cases. However, the law in Ireland remains underdeveloped to tackle the prevalence of cyberbullying and in the absence of clear guidance, the scope of the duty of care and the extent to which that duty applies to outside school grounds and outside of school hours remains uncertain.

Derek Walsh, Partner in Litigation and Dispute Resolution of Sellors LLP provides advice to various individuals and organisations in respect of their duty of care with reference to bullying and cyberbullying. In relation to bullying at school, Derek notes that schools and parents should “be aware that this area of law is full of uncertainties, but remember that schools do have a duty of care and if they are made aware of bullying taking place in school, they must act to stop it”.

Derek Walsh is a partner at Sellors LLP