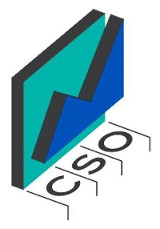 The Central Statistics Office (CSO) has warned that figures showing a 36 per cent increase in the number of sexual offences recorded in Ireland over the period 2009-13 may be misleading.

The rise is unparalleled in any other offence group, with the second-largest increase being a 13 per cent increase in robbery, extortion and hijacking offences over four years.

However, the CSO release urges that “care should be taken in the interpretation of these statistics” due to the findings of its 2015 Review of the quality of crime statistics.

The release states: “When interpreting the recorded crime statistics, the CSO advises that the findings of the review should be taken into account.

“In particular, the CSO recommends that caution be applied to detection rates, given issues cited in the report.”

The full statistical release is available on the CSO website.