The Court of Appeal has rejected an appeal brought by two plaintiffs in defamation proceedings which had been rejected by a jury. The plaintiffs argued that the jury’s decision was perverse and should be set aside. It was said that all the evidence clearly showed that the defendant had published the defamatory material.

However, the court applied McDonagh v. Sunday Newspapers Limited [2018] 2 I.R. 1 and dismissed the appeal. The court held that, while there was strong inference that the defendant had published the material, the evidence did not point in one direction only. As such, the plaintiffs did not reach the high bar for overturning a jury’s decision.

The defendant had originally been contracted by the plaintiffs to carry out building works on a property development. There was a dispute regarding payment and the parties eventually settled on an award of €42,500 plus costs (including arbitrator’s costs of €16,000) in arbitration in 2014.

The plaintiffs attempted to settle the matter by offering €25,000 to the defendant. At this point, the defendant claimed €58,500 plus costs of €44,080.74 and threatened bankruptcy proceedings.

Following the breakdown of further settlement negotiations in 2016, the defendant stated that he would post notices in all of their neighbours’ letterboxes about their failure to pay the debt. The defendant consistently texted the plaintiffs throughout the various failed negotiations and made statements such as “Leaflets headin into letterboxes later 2nite.. Time to tell the neighbours.. [sic].” He also initiated bankruptcy proceedings against the plaintiffs.

In May 2016, a number of defamatory leaflets were dropped into the letterboxes of the plaintiffs and their neighbours, which stated: “Bankruptcy’s in the post lads!! Pay ur judgements!! Partners in crime!! White collar crime pays!! Pay your bills!! [sic]” along with the names and addresses of the plaintiffs.

The plaintiffs described having to perform a “walk of shame” to as each of their neighbours if they had received the leaflets. Several neighbours confirmed that they had gotten a leaflet.

The plaintiffs instructed a solicitor and corresponded with the defendant. The defendant was decidedly uncooperative, making statements such as “You Wana go again?? Ha.. Ye never learn.. Alrite so.. Bring on ur smelly court action.. […] Your bankrupt anyway.. And der’s no way to change it [sic].”

The defendant was cross-examined and denied that he had posted any material to the plaintiff’s neighbours. However, after an adverse ruling by the trial judge relating to the admissibility of affidavit evidence, the defendant did not appear for the rest of the trial.

The plaintiffs appealed the decision. The defendant did not participate in the appeal and therefore the appeal was uncontested. The main points argued by the plaintiffs were 1) that no reasonable jury could have reached the verdict based on the evidence and 2) that the jury’s decision was perverse.

The plaintiffs relied on McDonagh v. Sunday Newspapers Limited, where the Supreme Court had considered the circumstances in which an appellate court would interfere with the findings of a jury in defamation proceedings. The case said that, ordinarily, an appellate court could not substitute its own findings for that of the jury. However, this was allowable in exceptional circumstances.

Delivering judgment in the case, Ms Justice Aileen Donnelly noted the defences raised by the defendant and that the onus lay on the plaintiffs to prove their claim. Further, the court stated that it was for the jury to decide the issues of truth and publication by the defendant.

The court queried whether it could ever hold that a jury decision was perverse without an application being made to the trial judge for a direction on a particular issue (Barrett v. Independent Newspapers [1986] I.R. 13; McEntee v. Quinnsworth Ltd (Unreported, Supreme Court, 7th December 1993 considered).

The court held that an appellate court should be cautious to set aside the decision of a jury. In McDonagh v. Sunday Newspapers Limited, it was held that “the community verdict” of a jury should not be condemned “merely because it does not accord with that of a judge.”

However, it was also stated in McDonagh that it may be necessary in certain cases to overturn a jury verdict if all the evidence pointed in one direction. This would only be done in exceptional circumstances, the court said.

Applying the law to the facts, the court rejected that it could make it own assessment of the evidence and that it could only interfere if the version of facts decided by the jury could not reasonably be correct (Northern Bank Finance v. Charlton [1979] I.R. 149).

The court held that the evidence provided a strong inference that the defendant posted the defamatory leaflets, but that no direct evidence was put forward to establish this. Rather, the plaintiffs were relying on circumstantial evidence. The court also noted that there was little evidence to support the defendant’s version of events.

The court was satisfied that it should not interfere with the jury’s decision and dismissed the appeal. The court stated: “The important factor is that there was evidence from which there was at least a rational explanation as to why the jury might have reached the conclusion that they did.” 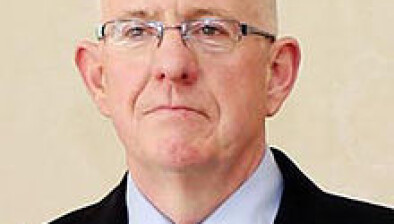