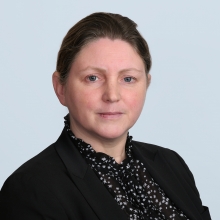 Caoilfhionn Gallagher QC, of Doughty Street Chambers, has confirmed that she will act with a team of international lawyers as international counsel to renowned media entrepreneur, pro-democracy campaigner, and writer, Jimmy Lai.

Mr Lai, through his media companies and his writings, is a high-profile supporter of the Hong Kong pro-democracy movement and an outspoken critic of Beijing’s control over Hong Kong for many years.

He founded Apple Daily, one of Hong Kong’s most popular Chinese language newspapers until its print edition ceased in June 2021, days after Hong Kong authorities arrested five of its senior executives and froze the assets of the company and of Mr Lai. He is currently being held in Stanley Prison, Hong Kong.

He has been repeatedly targeted by the authorities since the passing of the National Security Law in June 2020, and he faces multiple legal proceedings concerning his writings, international interviews, and Apple Daily’s journalism, along with his participation in peaceful protests. The charges against him include allegations of collusion with foreign forces, involvement in unauthorised protests and seditious publication charges. Under the controversial National Security Law, he faces a potential life sentence.

He has been convicted in a number of cases to date, including most recently in December 2021 for his involvement in a vigil marking the 1989 Tiananmen massacre in Beijing. He received a 13-month sentence.

She said: “Jimmy Lai is a man of courage and integrity, and an inspiring writer, media owner and campaigner. He has taken great personal risks in order to defend freedom of the press and to fight for democracy. I and my team will pursue all available legal remedies to vindicate Mr Lai’s rights, and to defend press freedom and the rule of law in Hong Kong.

“This month, as the world’s eyes turn to Beijing during the 2022 Winter Olympics, we must ensure the plight of Mr Lai and of all journalists and writers behind bars in China and Hong Kong is at the top of the international agenda.”

Sebastien Lai, Jimmy Lai’s son, said: “Journalism is a means of shining light in dark corners, of exposing secrets and hidden stories. With Apple Daily closing in Hong Kong, and a crackdown against journalism across the region, more and more is becoming hidden and unknown. I am delighted that Caoilfhionn Gallagher QC and her team will represent my father at international level, to challenge the violations of his rights and protect media freedom in Hong Kong.”