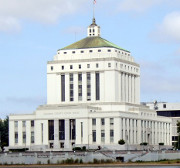 More than 30 companies have been named as defendants in US civil legal proceedings following the Berkeley balcony collapse, which led to the death of six Irish students.

Families of the victims have filed lawsuits with the Superior Court of California, County of Alameda in relation to wrongful deaths, while a number of survivors and witnesses have also filed personal injury and emotional distress claims.

The victims’ claim is being made against the owners of the building as well as builders and managers.

California firm Walkup, Melodia, Kelly & Schoenberger is representing the survivors and all but one of the victims’ families.

Another California firm, Rains Lucia Stern, is representing Ashley Donohoe, the only Irish-American dual citizen killed in the incident.

Ms Donohoe’s parents said they were taking the action to “bring to light the negligence and carelessness that caused this entirely avoidable tragedy”.

A criminal investigation into the incident is still ongoing.