Justice must be done and seen to be done – but whose justice? That is the uncomfortable question Benjamin Bestgen examines this week. See his last jurisprudential primer here.

It’s said that the creation of laws sometimes resembles sausage-making: you need a strong stomach if you really want to know what goes into it. This is particularly true in international law. There are to this day no globally fully recognised authorities or institutions which can create or enforce international law with the expectation of general acceptance in the international community.

But attempts to create reliable international jurisprudence are vital, as the world is increasingly interconnected. The Nuremberg Trials and the Tokyo Tribunal, which followed the end of World War II, are jurisprudentially very interesting, the latter maybe more than the former, due to the broader international composition of the judges and the number of dissenting opinions. Netflix even made a miniseries of it.

In the Nuremberg Trials, only France, Britain, the US and the Soviet Union sat in judgement over the remaining Nazi elite. In Tokyo, the bench was composed of 11 judges, one each from the US, Canada, the Netherlands, Britain, France, the Soviet Union, Australia, New Zealand, the Philippines, China and India. The Nuremberg Trials and the London Charter, which provided the rules and procedures, served in part as precedent for Tokyo.

Need for a trial?

In the early 1940s, discussions between the Allies took place about how to deal with the Nazis and the Japanese once the war was eventually won. Several voices recommended the summary execution of enemy leaders and officers – a sentiment both understandable and far from unusual in war. But the unprecedented scale and ferocity of World War II and the political complexity of it recommended ultimately another approach: acknowledging the irreversible impact of the war on the world, the Allies decided that a precedent should be established to demonstrate what Nazism and Japanese imperialism had led to. It was also deemed important to address, document and prosecute some of the particular atrocities and acts of aggression that formed part of the wars in Europe and Asia-Pacific. The Allies considered that the rule of law, due process and a public tribunal would be the best forum to accomplish this. 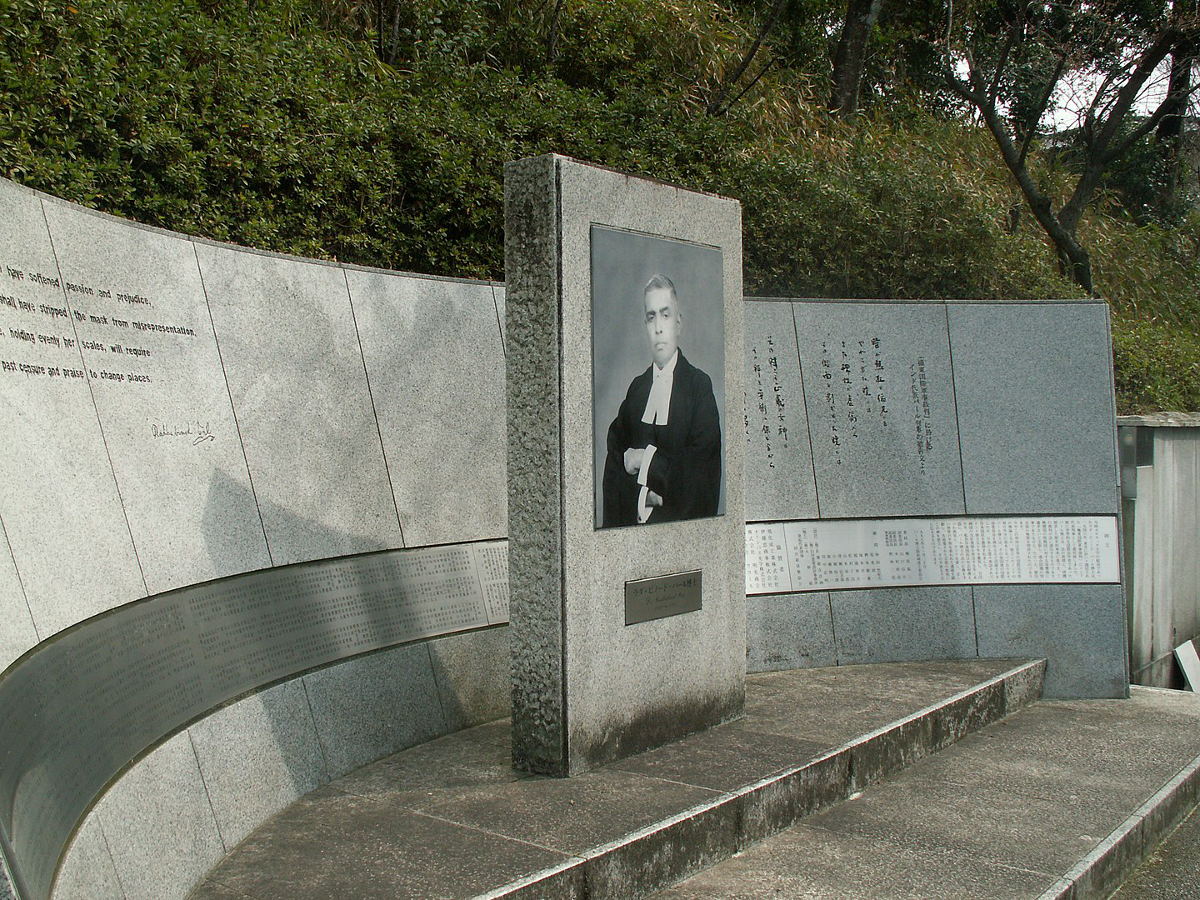 Both Nuremberg and Tokyo stood on shaky ground for the legitimacy of the tribunals, with US-American military influence heavily felt in the funding, resourcing and establishment of both. US Supreme Court judge Harlan Fiske Stone called Nuremberg a “high-grade lynching party” and a “pretence at running a court and proceeding according to common law”. Justice William O. Douglas was equally scathing, calling the tribunal “a substitute of power for principle”.

Most powerfully, these principled objections were stated by Justice Radhabinod Pal of India in his dissenting opinion in the Tokyo Tribunal. Pal didn’t deny that the Japanese army had committed terrible acts but legally, he concluded that the tribunal itself was illegitimate. He opined all of the accused should be acquitted, as in law, there was no valid basis for punishing them. He also considered that several of the new war crimes which had been created could be levelled against the Americans and other allied forces as well: note the atrocities committed by colonial powers like Britain, France or the Netherlands in their overseas colonies or the nuclear bombing of Japan and the continuous bombardment of civilians by the Americans. Justice Pal considered the Tokyo Tribunal an example of victors’ justice, hypocrisy and revenge against Japan, which might be understandable on moral or political grounds but not on legal principle.

Lack of fair conditions and impartiality

Judges Webb and Bernard were more inclined to view Hirohito as constitutional monarch in European fashion who’d be accountable for the actions of his cabinet and military. Bernard noted that a Tribunal’s verdicts cannot be valid where it was permitted that the person ultimately accountable could escape justice and therefore the Tribunal’s procedure had been defective.

Objections like Stone’s, Rölling’s, Bernard’s or Pal’s are, at heart, positivistic ones: almost nobody disagreed that the war and actions by the Nazis and Japanese had been appalling beyond compare and there was little pity for any of the accused. But claiming that the accused received a fair trial in a legitimate tribunal, according to due process and validly enacted law rang false to many jurists.

Other schools of thought had no such concerns: Justice Delfín Jaranilla of the Philippines, himself a victim of Japanese actions during the Bataan Deathmarch, criticised his fellow judges as too lenient in refraining from imposing more death sentences on the Japanese accused. His reasoning was that the actions committed were so heinous as to endanger the very fabric of what it means to be human and must therefore be regarded as criminal and harshly punished.

Justices Ivan M. Zaryanov (Tokyo) and Iona Nikitchenko (Nuremberg) of the Soviet Union expressed the purpose of the trials was to secure swift punishment for the accused, not adherence to positivist ideas about the rule of law. Being accustomed to the political courts of the Stalin era, they were also unfamiliar with the concept of dissenting judgements.

The general public mood also pointed towards the need for punishment, adopting the idea that justice must give victims closure and enact retribution by giving the guilty what they rightly deserve. Indeed, most people untrained in the positivist, analytical skills of legal practice, are arguably “natural law” proponents: morality, deservingness and fairness underpin and cannot or should not be separated from positive law. So even if there is no written, pre-existing, duly enacted law that would address actions like the ones on trial in Nuremberg or Tokyo, the trials and charges would still be just and right if they cover the issues which are at stake.

It is a common undergraduate jurisprudence question to ask if Nazi law (or some other terrible legal regime) was valid law and how a positivist or natural law proponent might answer this. Equally interesting is the question underpinning Nuremberg and Tokyo: should the judgments, and the laws and precedents created by these tribunals, be accepted as valid jurisprudence, despite several blatant defects from a positivist standpoint?

The legitimacy of many institutions, such as the Geneva Convention, the idea of universal jurisdiction or the International Criminal Court, depend in part on the answer to that question.