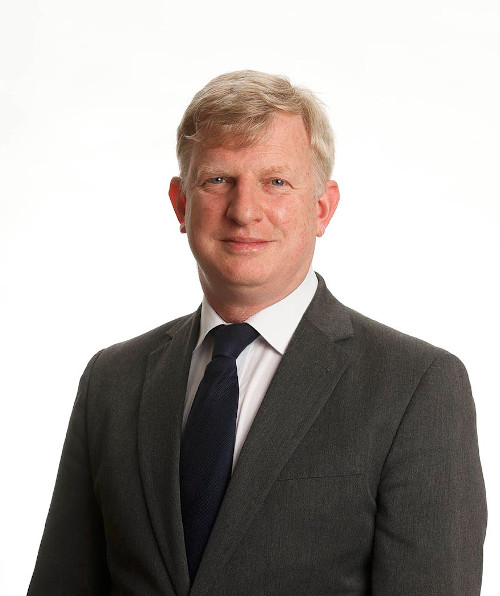 Other Irish administrative bodies are being given greater enforcement powers, which may ultimately lead to fines. On 29 June, the President signed into law the Competition (Amendment) Act 2022 (not yet commenced). This provides for administrative penalties of up to €10 million (or 10 per cent of worldwide turnover), though these must be confirmed by the High Court.

The Communications Regulation Bill 2022, currently before the Dáil, similarly provides for fines of up to €5 million (or 10 per cent of the relevant entity’s turnover in the State). However, there is a degree of uncertainty, because of the complex procedures being created, and the possibility of a constitutional challenge.

Here are six points to note about the Bill.

1. The legislation may have to be passed quickly

The new legislation is required intended to implement Directive 2018/1972 on the European Electronic Communications Code which consolidates and updates a number of previous directives. Ireland should have adopted the necessary legislation to implement the Directive by 21 December 2020.

The European Commission has brought a case before the Court of Justice of the EU (Case C-439/22) asking the Court to fine Ireland around €25,000 for every day the Directive is not implemented.

2. The fining power falls short of what ComReg wanted

For many years, the Commission for Communications Regulation (ComReg) has been asking for the power to impose fines directly. The European Commission has also called for changes to the Irish rules in this regard.

Under the Bill, ComReg is not given a power to impose fines directly. Instead, an “authorised officer” appointed by ComReg would make a case to an independent “adjudicator”. If the adjudicator decides that a fine (or other penalty) is warranted, this must be confirmed by the High Court.

3. The procedures are complex

The procedures under the Bill are similar to those under the Competition Act. Indeed, section 58 of the Bill envisages that the same personnel might operate under both adjudication systems.

Under the Bill, the power to make findings and impose a penalty is divided between the adjudicator and the High Court. The adjudicator hears submissions from ComReg and from the into the under investigation. The adjudicator has powers comparable to those of a court: section 68 of the Bill envisages public hearings before the adjudicator, accompanied by oral evidence, cross-examination and (potentially) discovery. If the adjudicator finds that there has been a breach, the penalties can include fines (section 76), a refund (section 77), compensation (section 78) or a requirement to remedy the breach (section 73).

Interestingly, there is no provision for ComReg to appeal if it has been unsuccessful before the adjudicator. It may be questioned whether this is compatible with the Constitution (see Cashman v Clifford [1989] IR 121 which struck down an Act limiting the parties who could be heard in certain District Court proceedings).

Equally, the Bill does not envisage that interested party (e.g. a competitor) might take part in the proceedings, either before the adjudicator or on appeal to the High Court. This is hard to reconcile with Article 31 of the Directive, which provides that a “person affected” has right of appeal. This can include a competitor: Case C‑282/13 T-Mobile Austria EU:C:2015:24. It is true that section 94(2) of the Bill permits a “person affected” who was not the subject of the adjudicator’s decision to bring judicial review proceedings against that decision.

4. The Bill is part of a wave of legislation providing for administrative fines

As noted above, the recent Competition Act provides for a very similar mechanism of administrative fines (though again the fine must be confirmed by the High Court).

The Online Safety and Media Regulation Bill 2022, which has passed through the Seanad, also provides for administrative fines but without using “adjudicators”.

Interestingly, the appeal mechanism under that bill would permit the High Court to consider any evidence or submission, even if this had not previously been raised in the administrative proceedings – see the proposed section 139ZP to be inserted into the Broadcasting Act 2009. This opens the door to a full rehearing, unlike the situation under the Bill.

Section 57 envisages that adjudicators might be ComReg staff, or other persons. The Bill has detailed provisions to ensure that adjudicators act independently of ComReg (sections 59, 60 and 62) but nevertheless adjudicators will be in a difficult position if they are full-time staff of ComReg.

6. The system is likely to be challenged

ComReg and the regulated entities are frequently involved in litigation. Under regulations of 2011 (implementing earlier directives), ComReg can ask the High Court to impose a financial penalty in case of breach.

In 2017, ComReg asked the High Court to fine Eircom Limited around €10 million for various alleged breaches. Eircom brought proceedings challenging the regulations invoked by ComReg. The parties later settled. In particular, Eircom agreed to pay €3 million, and change its business methodology, while ComReg agreed to consult publicly on the methodology for calculating financial penalties. The resultant consultation led to guidelines of February 2021. These guidelines seek to reflect the Directive, so they may remain relevant under the proposed legislation.

Any challenge to the new system will focus on whether it is compatible with the Supreme Court judgment in Zalewski v Adjudication Officer [2014] IESC 24. There, the Supreme Court redefined the circumstances in which non-court bodies could exercise “limited functions and powers of a judicial nature” under Article 37 of the Constitution. However, if the adjudicator (or ComReg) is deemed to be administering justice, it would have to be shown that the functions and powers were “limited” and that these were not “criminal matters”.

The Central Bank Act 1942 was amended in 2004 to provide for administrative fines in the financial sector. This was found constitutional in Purcell v Central Bank of Ireland [2016] IEHC 514 , but that case may have to be reconsidered in the light of Zalewski.