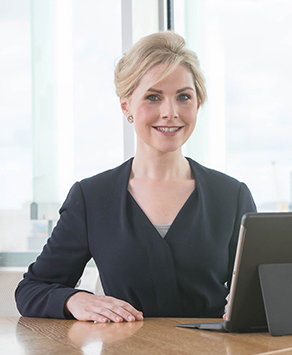 Kate McKenna, partner at Matheson, considers the impact of home working on regulators.

Recent enforcement action conducted by the Competition and Consumer Protection Commission (CCPC) and the Food Safety Authority of Ireland (FSAI) provides an insight into the dynamic future of unannounced regulatory inspections (or “dawn raids”) in Ireland.

It is reported that on 2 November 2021, two properties in Donegal were inspected by personnel from the CCPC and the FSAI with the support of An Garda Síochána and Garda National Economic Crime Bureau. According to the CCPC, the dawn raids were conducted “as part of an ongoing investigation into an alleged pyramid promotional scheme by a multi-level marketing company in the health and wellness sector”.

The CCPC previously reported a decrease in the number of on-premises inspections carried out under its consumer law inspection powers during 2020 as a result of the Covid-19 pandemic. The dawn raids conducted in Donegal indicate the CCPC’s intention to resume regular inspections.

We have expected inspections to resume since the European Commission carried out its first dawn raids in June 2021 following the COVID-19 pandemic, as we reported previously.

With remote and hybrid work here to stay, we expect for the procedures surrounding dawn raids to account for the reality of employees operating away from the office. Of particular note in the case of the recent Donegal inspections is that the CCPC confirmed that “two properties” had been searched, suggesting that that individuals’ homes may have been included in the scope of the inspections.

Although the CCPC has powers to search homes as part of its powers to conduct dawn raids, these have rarely been exercised. It is likely that we will see more inspections of domestic premises in future as remote working becomes established corporate behaviour.

As homes become the target of CCPC inspections, a number of issues arise which may not have been explored previously, including the potential for inspection of personal devises such as computers, phones, drives and servers containing data relating to business activities.

It is essential that companies update and adapt specific guidelines and training to ensure full and effective compliance in the event of dawn raids, including those undertaken at employees’ homes.