Analysis: Quick off the (trade) mark – commercialising the victory dance in sport 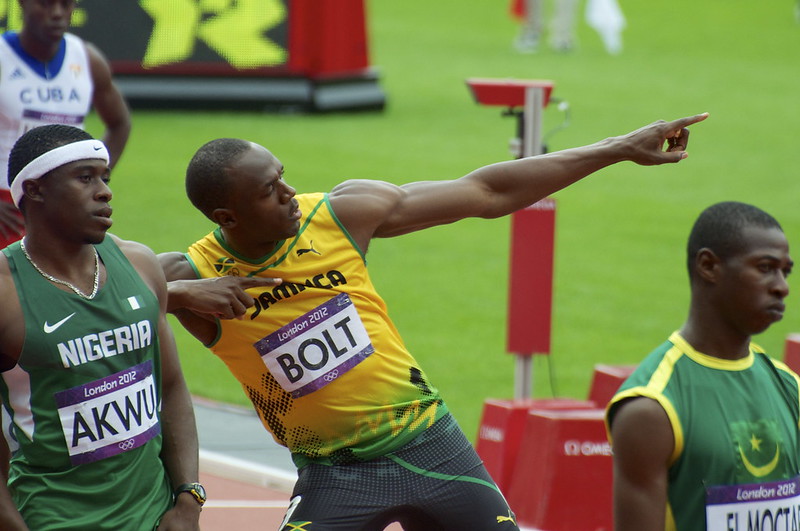 Victory in sport has resulted in many iconic celebratory expressions from athletes. These include Christiano Ronaldo’s “Siu” celebration, Mo Farah’s iconic “mobot”, and Gareth Bale’s “Eleven of Hearts” to name a few.

Given the billion-dollar industries of sportswear and merchandise, as well as sports gaming, it is not surprising that athletes wish to consolidate their brands. Intellectual property (IP) is the vehicle to achieve this. Famous athletes, such as David Beckham have previously filed trade mark applications for various iterations of their name and developed multi-million-dollar brands. But what about the victory dance or celebratory pose? Can a pose that celebrates sporting success transfer to commercial success?

Usain Bolt, the world’s fastest man and holder of eight Olympic gold medals, is no different to the athletes mentioned above. After winning the men’s 200 metres event at the 2016 Olympics, Bolt celebrated his victory with the now iconic “To the World” pose, a customised Jamaican dance step.

Bolt recently filed a trade mark application for his famous victory pose in connection with sunglasses, jewellery, clothing, sporting goods, restaurants and sports bars. The application submitted to the US Patent and Trademark Office was for a logo consisting of

“the silhouette of a man in a distinctive pose, with one arm bent and pointing to the head, and the other arm raised and pointing upward.”

The application follows a false start in 2009 where Bolt registered a “depiction of a man with one arm extended and pointing upward and the other arm raised and contacting his head” for a range of goods and services, including clothing, sportswear, sports equipment, and beverages. However, this was cancelled in 2017 due to the lack of proof that he was using the trade mark to sell goods in the US, a requirement under US trade mark law.

Mo Farah, known for celebrating with his hands over his head in the shape of an “M”, registered the pose known as the “mobot”, as a figurative mark for a more extensive range of goods. By registering for a wide range of goods, Mo Farah has positioned himself to take full commercial advantage of the “mobot” pose. He, exclusively, can use the registered trade mark in the production and marketing of goods or services, or to enter licensing agreements across many sectors including fashion, sportswear, sports equipment, computer software, gaming and media, books, home furniture, stationery, and children’s toys.

Computer gaming businesses such as EA Sports spend hundreds of millions of dollars on licences of IP rights for club names, jerseys, sponsors, and fan chants, to make their games as realistic for the user as possible. Computer games featuring famous athletes might be regarded as lacking realism without the inclusion of their signature victory poses. As Mo Farah has registered the “mobot” pose for computer software and computer games, it would likely have to be licensed by a gaming company before it could be used.

With the emergence of the Metaverse it is very likely that EA Sports will further leverage virtual reality in their games. This may throw up other licensing issues, such as whether the user is facilitated in reproducing a registered trade mark in the Metaverse. Our insights into the specification of trade marks to be used in the Metaverse can be found here.

Monetising a signature victory pose may be an effective method in brand consolidation for athletes. The potential commercial value of the pose should not be underestimated, with Nike’s “Jumpman” logo, featuring a silhouetted Michael Jordan with a basketball, reported to be worth over $5bn.

By gaining trade mark protection for victory poses, the goal or gold medal that brought sporting success may result in further commercial success for the athlete. Businesses producing merchandise incorporating a protected victory pose need a licence from the owner to use the registered trade mark. This will invariably be granted in return for a monetary payment. For athletes, registering a victory pose for computer games or software may unlock a lucrative market, one which could be bolstered further by the Metaverse.