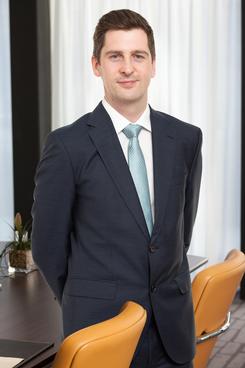 Cian Clinch, partner at Hayes solicitors LLP, discusses recent case law from the High Court which highlights that online anonymity is not absolute.

The expectation of online anonymity has become so common in our increasingly digital society that individuals often feel immune to the legal consequences of posting harmful or offensive material.

Recent case law from the High Court highlights that online anonymity is not absolute and may lead to serious consequences for “anonymous” online-users.

A Norwich Pharmacal order is a type of court order which compels a defendant to provide information concerning the identity of an anonymous third party.

These orders are often sought against social media and internet service providers, in cases where an anonymous individual posts material on a website which constitutes a legal wrong, for example a breach of a persons’ intellectual property rights or their right to a good name.

This order was first granted in the English case of Norwich Pharmacal Co v Customs and Excise Commissioners [1974] AC 133 and endorsed by the Irish Supreme Court in Megaleasing UK Ltd v Barrett [1993] ILRM 497.

What is required to bring an application?

The High Court recently sought clarification from the Court of Justice of the European Union (CJEU) in Board of Management of Salesian Secondary College (Limerick) v Facebook Ireland Limited [2021] IEHC 287 on the threshold required under EU law which must be met before a social media provider is compelled to disclose the identity of an otherwise anonymous user.

However, before the reference was made to the CJEU, the plaintiff in the case withdrew their claim. Thus, the position remains that a prima facie case of wrongdoing must be established by a plaintiff in bringing such an application. This is likely to be subject to further judicial commentary.

The court will only grant an order compelling a defendant to identify the anonymous third party where it is necessary in the efficient administration of justice, and where it is a proportionate remedy to the wrong suffered. This requires the court to engage in a balancing of rights of the parties.

On the one hand, the applicant has a right of access to justice, without which the action would fail. On the other hand, the court must consider the rights enjoyed by the anonymous third party, such as the right to privacy, freedom of expression and data protection. The court will determine this on a case-by-case basis.

One element which the court will consider is the objective of the application. Generally, such applications will be brought to allow a plaintiff to identify the wrongdoer so that they may seek appropriate redress. However, in its recent judgment in Board of Management of Salesian Secondary College, the High Court questioned whether such an application may be brought in the absence of an intention to pursue legal proceedings at all, but simply with a view to disciplining the wrongdoer.

In this case, the plaintiff school intended only to deal with the wrongdoer by “disciplinary or pastoral response” and expressed no intention to pursue legal proceedings in this regard. The court did not give definitive judgment on this question but rather, referred the question to the European court and we await their view.

Currently, applicants must bring their application for a Norwich Pharmacal order in the High Court – this discretionary remedy cannot be sought in the Circuit and District Courts. This, of course, brings with it significant cost implications for potential applicants. Further, even where a plaintiff succeeds in their application, they are not guaranteed payment of their legal costs by the defendant.

Where defendants are faced with defending an application which has arisen by virtue of the wrongdoing of a third party, a question arises as to whether the innocent or unknowing defendant should have to bear the legal costs incurred by the plaintiff. In such cases, the court may make no order as to costs, which may leave the applicant bearing their own legal costs.

Although the option remains open for the plaintiff to recover their costs from the anonymous wrongdoer after disclosure has been made, this is not guaranteed particularly where the plaintiff faces an impecunious wrongdoer.

Respondents should also consider their response upon receiving further information requests in this regard. In recent judgments such as Blythe v The Commissioner of An Garda Síochána [2019] IEHC 854 and Portakabin Limited and Portakabin (Ireland) Limited v Google Ireland Limited [2021] IEHC 446, the court has given consideration to how respondents have dealt with such applications, regardless of their involvement in the actual wrongdoing.

It is likely that the rate at which we see applications for Norwich Pharmacal orders will continue to increase in the coming years, and further judicial commentary is expected.

While online anonymity is seen by many as an expectation, if not even a right, it brings with it a rise in concerning practices, such as defamation, cyber-bulling, and data breaches. The versatility and effect of Norwich Pharmacal orders means that the shield of anonymity is not absolute.