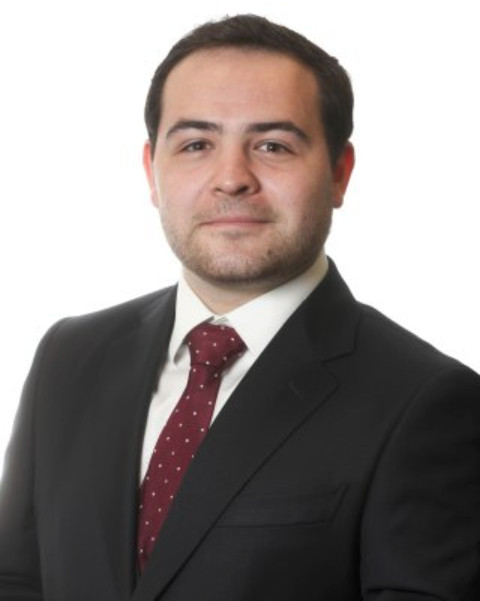 As the Michaelmas term has drawn to a close, it provides an opportunity to look back at some of the important judgments which defined the year in the courts. Over the course of 2021, Irish Legal News has produced hundreds of articles on new judgments and current awareness topics within the Irish legal system.

Since January, I have written case reports for 175 Superior Court cases, which represents close to 15 per cent of the 1,200 available judgments uploaded to the Courts Service website. Interestingly, the output of judgments in 2021 was only marginally greater than 2020, where 1,131 written judgments were produced.

In contrast, 2018 and 2019 resulted in 1,308 and 1,344 judgments respectively. While it is not possible to glean any significant meaning from these numbers alone, it is perhaps surprising that the judiciary has continued to produce so many decisions when the pandemic has, at different times, caused serious interference with court business. To that extent, the judges should be credited with adapting to a difficult environment, particularly during the first half of the year.

Naturally, this review cannot consider every single judgment of import which was determined in 2021. Rather, it is intended to be a curated roundup of notable cases throughout the year.

The year began with Corcoran v. Commissioner of An Garda Síochána [2021] IEHC 11, in which Mr Justice Garrett Simons considered situations where legal costs could be awarded to an unsuccessful or partially-successful applicant under the exception of “general public importance”. The case has since been frequently cited in costs judgments this year and will likely continue to be cited in future.

Further, the Court of Appeal clarified the proper test for the renewal of a summons under the recently amended Order 8 RSC, which was previously the subject of several diverging decisions in the High Court (see Murphy v. HSE [2021] IECA 3). Other procedural cases included McCorry v. McCorry [2021] IEHC 104, in which Simons J. dispelled the notion that discovery of post-accident medical records required an expert opinion.

The first Supreme Court judgment of the year was In the Matter of JJ [2021] IESC 1 and dealt with the sad case of a catastrophically injured child. The judgment provides a long and highly detailed analysis of child and parental rights under the Constitution in the context of artificially sustaining life. The case was also important for its assessment of the wardship procedure, where the court upheld the use of the procedure but noted that it was not ideal to utilise it in the case.

In February, Mr Justice Denis McDonald delivered the first judgment in Hyper Trust Limited t/a The Leopardstown Inn v. FBD Insurance plc [2021] IEHC 78. The case related to the proper interpretation of FBD’s policies of insurance for pandemic losses and affected a large percentage of publicans across the country. Entire trees are felled to produce a single copy of the two judgments, running as they do to 320 pages. Nevertheless, the decisions contain important discussions of contractual interpretation, “but for” causation and the applicable counterfactual scenario.

In March, the Court of Appeal determined that the Minister for Education had acted unlawfully by refusing to assess two home-schooled students under the calculated grades system for the 2020 Leaving Certificate. In perhaps one of the more under-appreciated judgments of the year, the court made significant statements about the exercise of executive power and when the courts may interfere with same. The court stated that “judicial deference should be adhered to as far as is consistent with the protection of individual constitutional rights”. Accordingly, the court rejected a submission that the Minister’s decision could only be interfered with if she acted in “clear disregard” of the student’s rights.

In Quinn Insurance Limited (in liquidation) v. PwC [2021] IESC 15, the Supreme Court considered the legal test for security for costs in the long-running litigation saga involving the collapse of QIL. In that case, the court applied an extra limb to the test. It was stated that, in addition to assessing whether a plaintiff’s impecuniosity was caused by the defendant, a court should also assess whether litigation would be “truly stifled” by a security for costs order.

The Easter term began with the Supreme Court delivering the landmark judgment in Zalewski v. An Adjudication Officer and Ors. [2021] IESC 24. The court’s decision was notable for an extensive analysis of the concept of the administration of justice under the Constitution. The decision resulted in changes to the practice and procedures of the WRC, including providing for sworn evidence and public hearings.

Further, in Right to Know clg v. An Taoiseach [2021] IEHC 233, the High Court referred a question of law to the CJEU relating to Cabinet confidentiality and the right to access information on the environment.

In May, the High Court rejected Facebook Ireland’s attempts to judicially review the Data Protection Commissioner’s preliminary draft decision (see Facebook Ireland Limited v. Data Protection Commissioner [2021] IEHC 336). The court accepted that the procedures adopted by the DPC were amenable to judicial review, but rejected every substantive ground of challenge to the decision. As such, the case relating to the flow of data between the EU and US rumbles ever onward.

One of the more interesting judgments from the Trinity term involved the acquittal of two young men for murder in a joint enterprise case (see DPP v. Cummins and Davy [2021] IECA 198). In a complicated factual scenario that would not be out of place in an undergraduate law exam, the men were accused of illegally entering the victim’s house with another man who subsequently killed the victim. The Court of Appeal determined that a joint enterprise was not established on the facts of the case, despite the men entering the house with a baseball bat and acting in a “reprehensible” fashion after the death.

The term also saw a rare judicial scuffle between Mr Justice Kevin Cross and Mr Justice Michael Twomey regarding the recoverable benefits scheme. The judges were staunchly divided on the issue of a court making a consent order for the RBA, with Cross J. stating that a refusal to accept the word of counsel in such cases was an “extraordinary step” and should not be done without compelling reason. For his part, Twomey J. felt that a court could not make a consent order for the RBA without an examination of evidence. It appears only an appeal will sort out their differences.

In Smith v. Cunningham [2021] IECA 268 and Noble v. Barr [2021] IECA 269, Mr Justice Collins returned to the unsettled issue of the Statute of Limitations. In Smith, the court considered the circumstances in which a cause of action would accrue against a firm of solicitors for negligence in the sale of a property. In Noble, the court similarly considered whether a claim for financial loss arising from solicitor’s negligence was statute-barred. The judgments noted that, absent a discoverability provision in Irish law, significant injustice may arise for would-be plaintiffs. In general, the decisions provided clarity for the temporal extent of solicitors liability when engaging in transactions for clients.

In November, the Supreme Court determined that a medical certificate would only be admissible in criminal proceedings if the certifying doctor had personally examined the patient (see DPP v. AC [2021] IESC 74). This case may have significant practical implications for practitioners in criminal cases.

In Heneghan v. Minister for Housing, Planning and Local Government [2021] IEHC 716, a Divisional Court dismissed an objection to the Seanad voting system. The court adopted a view that many of the arguments were suitable for the political sphere rather than the courtroom. Accordingly, it seems that reform in the area will only come from leading political figures.

In December, the Supreme Court delivered judgment in Sobhy v. Chief Appeals Officer [2021] IESC 81, in which the court determined that a foreign employee who worked illegally in the State was not entitled to State maternity leave payments despite paying taxes. The court noted the wide-ranging effect that this decision could have on vulnerable immigrants in the State and that legislative reform was needed to fix the issue.

It is worth noting that there were several personal injuries appeals this year which saw many cases being dismissed and/or quantum being reduced. In general, there appears to be a concerted effort to achieve consistency in injuries litigation. This is evidenced by Mr Justice Noonan delivering most of the substantive judgments in the Court of Appeal, and who can be regarded as the de facto PI appeals judge over the last year. Prominent judgments from 2021 include Cekanova v. Dunnes Stores [2021] IECA 12, Naghten v. Cool Running Events Limited [2021] IECA 17, Morgan v. ESB [2021] IECA 29, McGeoghan v. Kelly [2021] IECA 123 and, most recently, Griffin v. Hoare [2021] IECA 329.

Additionally, the Court of Appeal in Crean v. Harty [2021] IECA 364 and Morgan v. ESB emphasised that personal injuries litigation requires specific pleadings on the part of both parties and that a “boilerplate” approach to pleadings was no longer acceptable.

Overall, despite a pandemic continuing to run rampant for much of the year, it did not stop significant developments in the legal world. Hopefully, our readers will have found the case reports to be useful updates which broadens their legal knowledge to the benefit of themselves and their clients.