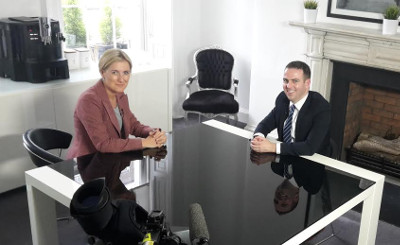 The Dublin firm, which specialises in cases involving motorcyclists and cyclists, will soon be launching a recruitment drive for Autumn 2016.

Principal solicitor Ciaran Rogers recently took part in an interview by TV3’s Ireland AM programme, in which he discusses the implications of new Road Traffic Regulations for cyclists in Ireland.

Following the interview, Mr Rogers told Irish Legal News: “We were thrilled to be asked onto the show by TV3. It is great to be recognised as a leading firm in our field and this will further help us establish ourselves as the firm in Ireland to assist cyclists and motorcyclists.”

The interview is due to be broadcast next week.

The firm has also announced plans to develop a mobile app which will allow clients greater interaction with the firm and will provide regular updates on the progress of a case.